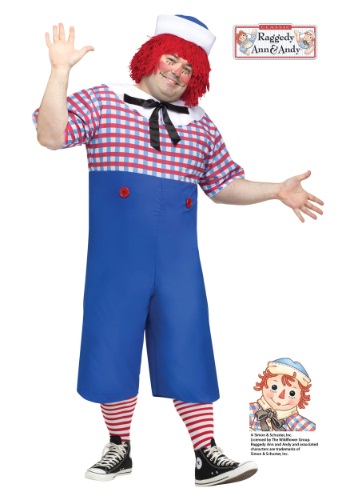 Did you know Raggedy Andy was created in 1920? That's the same year the Red Sox traded away Babe Ruth. It's the same year Warren G. Harding won the presidential election. It's also the same year Prohibition began! Think about it: the Curse of the Bambino, President Harding, and Prohibition. Three great evils of the world (we're assuming. Don't actually know much about Harding). And who out there could fight such a menace? Who could stand against this Axis of Evil? Only one man. No! Only one... doll! That's right, everyone, Raggedy Andy isn't the hero our country deserves, but the hero we need.

And that's how, historically, Raggedy Andy rose up to defeat them and save America from becoming crumbling dust. First Andy rode to Boston, where he cursed the Red Sox, declaring "I stand before you as a raggedy doll, but you shall be a raggedy team of shattered sorrow and darkness. Let it stand for 86 years. It will end in 2004, just because I like that number. Now begone!" Then he traveled to the White House, where he met with President Harding in the oval office. "Mr. President," he said, "After all your scandals, I promise you, you shall be vanquished and die in office." In 1923, Harding did just that. And lastly, Raggedy Andy fought Prohibition by opening speakeasies around the country, eager to serve alcohol to free adults, because that's what America means (this last fact is 100% made up, but the other two might be real, if you're willing to view history through the proper lens). So dress yourself as a great hero to the people with this incredible Raggedy Andy costume. Let people see the true, beautiful, courageous you.

Size Chart
PL
Inches
Centimeters
Costume Sizing Tips
Questions & Answers
There are no questions for this item yet. Be the first to ask a question!
Ask a Question