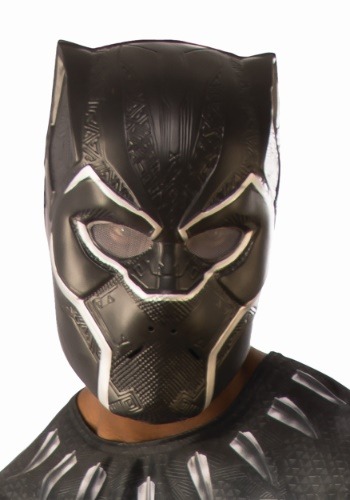 This mask is Marvel Comics officially licensed. It perfectly captures the iconic style of T'Challa's powerful suit. Plastic molded details recreate the actual suits appearance, and smoky eye lenses help conceal your true identity. We're sure all those other folks at the costume party will be super impressed when you show up in your Wakanda style!

To a new level

We guess you could just watch the movie instead of getting into costume, but if you're anything like us, you've already seen it at least a dozen times. So, the only thing to do is to take your fandom to a new level by putting on a Black Panther Costume. We've got all the items available right here, so check out our entire selection to get the coolest gear!