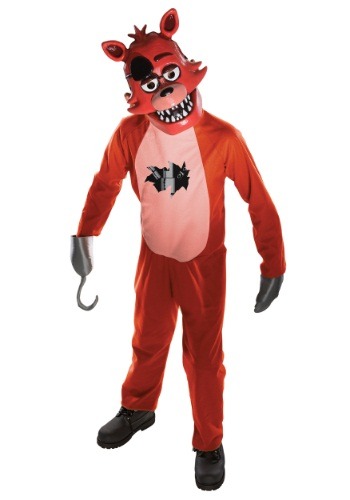 Sometimes when you live in a world full of electronics and the ease of having the internet at your fingertips, you need to remind yourself of the dangers that can arise if you forget to bring your charger cable along everywhere you go. What happens if you don't? Well, let us explain.

Simply put, if you don't remember to have a way to charge your devices or spare batteries, you will be murdered by a hoard of animatronic entertainment animals. This is displayed in the wonderfully educational video game franchise, "Five Nights at Freddy's." You're basically given what seems like a single (and terrible) battery to share for the controls of the entire office, camera monitor, and lights. This doesn't even sound safe without the crazed robot animals running around. For some people, watching the screen from your own computer screen just isn't quite real enough. Are you ready to take it to the next level? Have you already suited up a simulation in your home only to realize that creepy doll technology hasn't quite caught up to the game yet? You could always spend years toiling to make your own, or you could follow our solution.

This costume consists of a jumpsuit that fastens at the back, and on the front it's simple printing which shows the animatronics underneath (they're fake) and it also includes a simple hook for the hand and it's made of fabric. There's a plastic mask that secures to the head with elastic.

Just dress your child up as the iconic hooked Foxy and your own live-action version will be complete. The best part about it? You could invite your friends over to play too! Want to make it even better? Don't tell them that's what they're coming over to do!