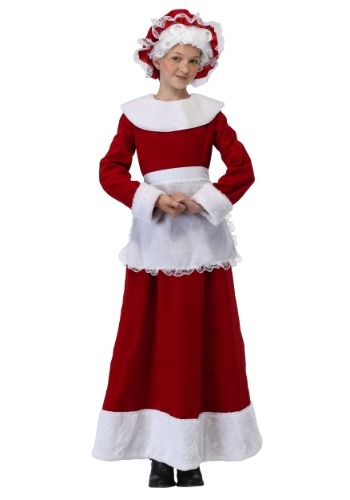 Have you ever thought about what a difficult job Mrs. Claus has? She's not an often recognized resident of the North Pole. We can't assume to know what her northern duties are but someone needs to keep that Christmas chaos in order and Santa is probably too busy spying on children and sorting out his naughty and nice list to do any of that behind the scenes work.

We imagine, for instance, the Mrs. Claus probably runs the books of the North Pole operation. Sure, they probably don't pay the Christmas elves but those candy canes they run on don't come from nowhere. Also, where do they get the dough for buying the rolls of fabric, the wood, and the plastic to build all those toys for the little girls and boys? Most likely, Mrs. Claus is up there writing grants for funding the factory and maintaining their investments so they'll have plenty left over for retirement. Santa has been talking about that move to Florida for a good ninety years. Mrs. Claus is probably also in charge of keeping the workshop, house, and stables warm in that North Pole wind. We're sure that making sure Santa eats a nutritious meal,  something other than cookies every so often, is one of the most difficult tasks.

So, when you're child says that she wants to dress up as Mrs. Claus this Christmas let her know that it's a pretty big job. Sure, it might not have all the glamour and prestige of the big man himself of those charming little workshop elves but she's really what makes it possible for the magic to happen. In this red dress with its wide collar and lacey apron she'll look like the epitome of Christmas spirit. Maybe this year someone will leave some cookies out for Mrs. Claus for once!