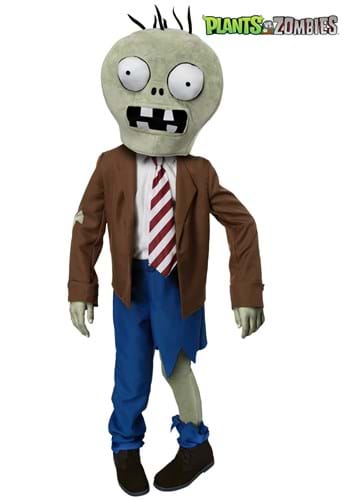 The Fight Against Zombies

When your kids wanted to start playing a game about zombies you might have balked. Zombies, they're pretty intense, won't that game be a little too disturbing for your beloved innocent one? Then you saw that game that they were playing and we wouldn't blame you if you stole the gaming device from your little ones to start playing as well. You know, for research sake!

If your child loves getting to know those secondary plants characters or maintaining those pea shooter upgrades, he just might love playing the enemy for a night. While you might want to make sure he stays away from the neighborhood gardens, a place that's quite dangerous for zombies, you'll enjoy watching him do his best zombie impression. As zombies go, a monster that can be taken down by a delicious vegetable is one that isn't going to inspire any Halloween nightmares. For the most entertaining effect, dress a sibling as the ever-reliable pea shooter for an epic photo shoot and even more epic night!

It's easy for your child to transform into this bug-eyed monster. The pants have a green legging which makes that green-hued skin look believable. Your zombie will look like he's straight from the office in the disheveled suit coat and tie. Finished off with the oversized cartoonish mask with its large eyes and mouth and crazy hairs your kid will be ready to start his zombie crawl. Who knew your kid would take such an interest in vegetable gardening? Now, if only you could get him to eat those peas they love so much!

Be sure to check out all of our Plants Vs Zombies costumes to assemble your own army of undead soldiers to take on plants... or just take them trick or treating! Either way, it's guaranteed to be a good time.