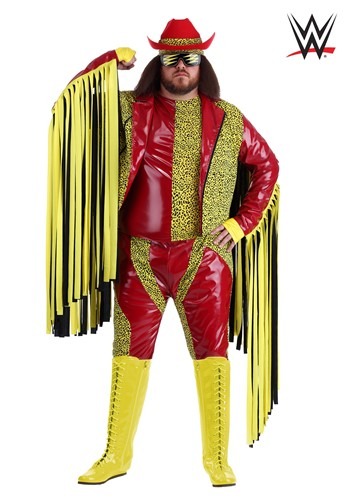 The Best in the WWE

The grand world of wrestling has given us a ton of interesting characters! Follow its long and strange career and you can create an astounding roster. Numerous folks gather across the country several nights a week to keep tabs on their favorites, bet on the champs, and cheer when they are finally brought down a peg by a surprise underdog. But, among them, one cannot be forgotten. Especially since his signature yell is practically bled into even the minds everyone who's ever even just heard of the WWE.

Of course, we're talking about the one and only, Macho Man Randy Savage. The cream of the crop deserves the best and only the best. OH YEAH! That means using the best finishing move. OH YEEAH! That means wearing the best outfit in all of wrestling, too! But, that’s not enough. NO YEEAH! Remember that the man, Randy Savage, also played baseball! YEEAH!! No, really! He played almost 300 games, basically invented a strength training exercise, and had a pretty decent set of statistics before moving into wrestling in his last year!

So, if you’re a fan of screaming loud catchphrases and looking amazing, then you can hook yourself up with this Plus Size Macho Man Randy Savage costume. OH YEEEAAH! We’re talking bright colors on a sleeveless pullover top and pants with easy fit elastic waist. The jacket has an off-center front zipper and fringe like the Macho Man invented it, himself. The felt cowboy hat has leopard print and offers the perfect match to this perfect storm of … matching(?) colors! It completes the outfit in true Macho Man Randy Savage style. Now, whenever anyone asks you—as if they’d need to—who you are, you can grin and say, “A baseball player, obviously!”