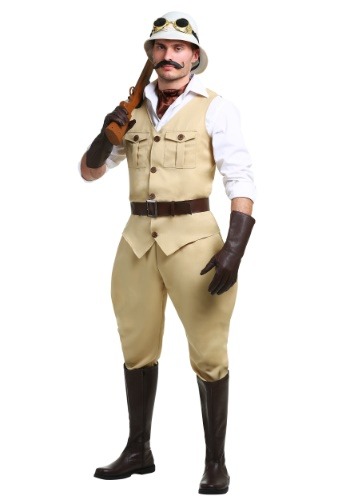 Have you ever sat at your desk and wondered what you're missing out in the world? There are some nutty things out there in the world. There's the pyramids, the great wall of China, and that taco stand in Minneapolis (Yes, they're open through the frigid winter and yes, eating a carne asada taco with mittens on is a unique challenge). Thinking about all that exploring to do can be overwhelming, we've covered all these man-made wonders and we haven't even mentioned any of those natural marvels out there!

It's a blessing and a curse that we just don't travel like we used to. People used to wander around for a year or two before settling down to a career, that is, well-moneyed people used to wander for years. In the early 1900's people from Europe started heading to the plains of Africa to see the natural wonders, stalk the natural wonders, and eventually have the natural wonders stuffed and mounted on the wall of their study. That rare white rhino Sir Walter took out of the fragile gene pool would be the ultimate symbol of wealth in his cheetah skin upholstered cigar room! Men wandered the Serengeti in cars piled to the brim with canvas tents, full-sized rugs, lanterns, silverware and china, and of course all the fixing for a gin and tonic. Who ever said glamping was a new fad?

If you have a hankering for a combination of old-school luxury and wild sightseeing then this safari Hunter costume might put you in touch with your inner high-class explorer. This khaki ensemble with its comical yet historically accurate pants will put fear into the heart of anyone dressed as the cowardly lion at your next costumed event. With the gloves, helmet, and goggles you'll be ready not only to see the world but to stalk it, bag it, and mount it in your study as well!