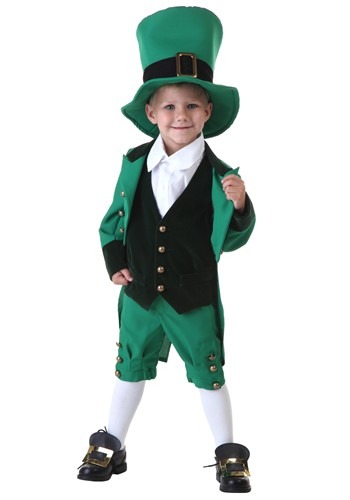 We all know that every leprechaun is the owner of a fabulous pot of gold, and that if you capture one of these magical creatures, he’s duty-bound to tell you where you might find his. But did you ever wonder where leprechauns get all of that gold? Have they made a string of savvy investments? Perhaps stolen a fortune from some other mythical creature? Or maybe they have the power to create gold themselves, like that weirdo Rumpelstiltskin?

No, according to Irish folklore, these magical beings came by their gold stashes in a very unmagical way: good old-fashioned hard work and thriftiness. Tradition has it that leprechauns are expert shoemakers by trade, and that they’ve earned their fortunes by making and repairing shoes. We’d note that this just raises the question of how they’re getting paid without being captured, but that’s probably beside the point. Either way, it’s sort of refreshing to come across a fantastical being with such a down-to-earth secret to success.

We’d bet a pot of leprechaun gold that your youngster’s pockets aren’t quite that deep, but any kid will look like a million bucks in this snappy polyester leprechaun ensemble. The poplin jacket features tails, a velvet collar and cuffs, and gold-tone buttons. The two-tone vest is velvet at the front, tafetta at the back, with more gold-tone buttons to fasten it up. The knee pants feature buttons at the cuffs for extra flair, and an 8-inch tall foam top hat keeps its shape even after a long day of collecting gold. Just be sure your kid keeps the shoe-hammering quiet enough to keep that stash a secret!