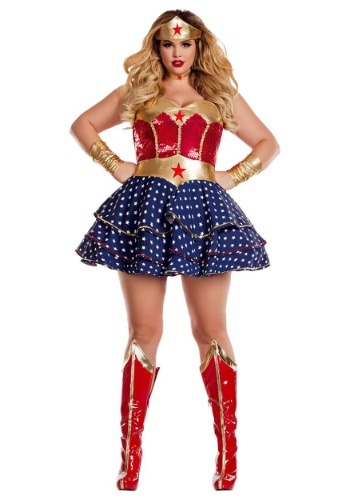 While plenty of superheroes have an overstuffed ego and a secret identity, you're different than other superheroes. You might be good with a sword and better with a lasso but you aren't afraid of getting down to brass tax and looking beyond the label of villain. Once you've subdued the bad guy, you have a way of getting the truth from those nefarious characters.

Maybe you keep the peace better than those other guys in spandex suits because of your superior fighting skills, you always seem to be a few steps or ten-foot leaps ahead of your opponents. Maybe it's because of your communication skills, while other heroes chase their quarry around the city until someone crashes into a building or two and inevitably causes a giant dramatic explosion, you're more likely to talk it out first, thinking it out before you go crashing around, putting people in harm's way. After all, you know your duties are all about peace and less about boosting your ego by catching the bad guy at all costs. Even though your job isn't about ego, you aren't afraid to take credit for your work. When they're taking your triumphant photo on the steps of City Hall you shouldn't shy away from wearing something with a touch of glamor.

When you're surrounded by reporters asking you how you finally nabbed the uncatchable Venomous Shadow you'll look fabulous is this sparkly dress. In a sequined bodice with gold trim no one will forget your photo on the cover of Time magazine. You'll easily go from fighting crime to accepting the key of the city in the star-patterned, tiered skirt, golden arm gauntlets, and starred crown. Move aside spandex wearing, destruction causing superheroes, time to take down villains with a feminine touch.

Size Chart
Please make sure to double check size chart, fabric has stretch.
Runs Small
Slightly Small
True To Size
Slightly Large
Runs Large
1X2X3X4X
Inches
Centimeters
Costume Sizing Tips
Questions & Answers
There are no questions for this item yet. Be the first to ask a question!
Ask a Question